There’s a new partnership in Tucker; the Tucker Orchard Guild and the Main Street Theatre.
It may seem like an odd alliance at first, but the more you think about it, it makes a great deal of sense. And The Orchard Guild is just tickled about it.

If you’ve been following the Tucker Orchard Guild you’re familiar with The Peach Pit; a natural bowl-shaped amphitheater on the site where the Tucker Women’s Club sat before it burned down, and now home to 25 peach, nectarine and apricot trees. We have long thought that a 30 by 10-foot platform/stage at the bottom of the amphitheater with a roof so we can attach it to rain barrels for fruit tree irrigation.

Recently we had a light-bulb thought: “Could this be a place the Main Street Theatre could use for small outdoor performances, rehearsals; maybe a children’s theater venue?” Good question; why not?
So we asked them what they thought, and within a few days four members of their board showed up. They reviewed our rough plans- including adding benches made out of connecting tree stumps - checked the site’s acoustics (“Can you hear me now?”) - tsk-tsked some of our tree planting locations - made additional suggestions and left. After a couple more days they agreed to support the project! While they’re already very busy - including two new shows on their agenda- and may not use the facility for quite some time, their support and belief in what we’re doing is incalculable.
Since then The Tucker Optimist Club has said they'd use the amphitheater; and, as one other observer said while surveying the site, “I could see an awards ceremonies taking place here.” The woman standing next to her added, “… and I could see a wedding.” Suddenly, a long-neglected site in Tucker has new life. Now, all we need is someone to help us build it!

Main Street Theatre is now casting for their next production; "Second Samuel," which will run October 7th through the 16th. 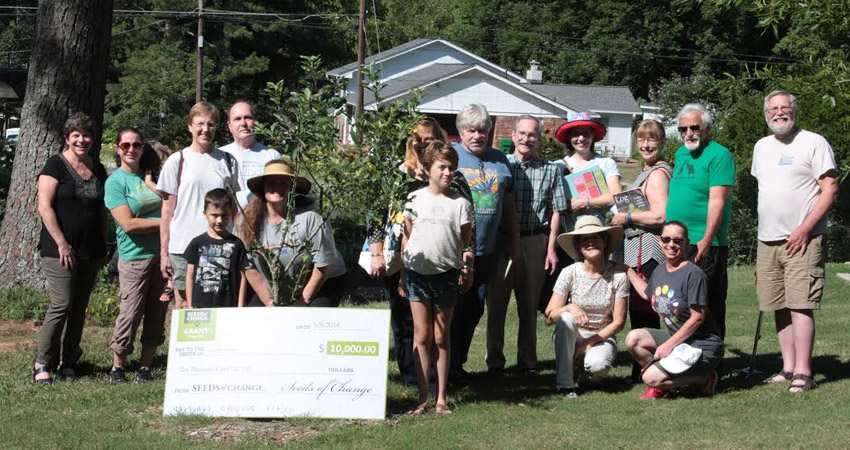