It’s not just the fruit trees and bushes planted by The Orchard Guild that intrigues us: Tucker is resplendent with wild, native fruit trees.

Have you ever tasted a native pawpaw fruit? If not you’re in for a treat when you do … Not many people are familiar with pawpaws. The official explanation is that they have too short of a shelf life and do not travel well, making them commercially unattractive. I have another theory; they’re just too delicious, to share so people hoard them and don’t their little secret to get out.
You may not know it, but there’s an elegant pawpaw tree along the white fence in front of Tucker Recreation Center, right next to the Butterfly Garden.

Besides the dozens already planted at parks in Tucker- including Henderson and Cofer- the Orchard Guild has discovered pawpaws patches on both sides of Henderson Park and near the lake behind Johns Homestead. We suspect there are many, many more in other wooded areas around Tucker. As they’re found, the Guild has circled and identified them with yellow and pink tape.

But will the hundred or more pawpaws found (so far) yield fruit?

Pollinating pawpaws is challenging; bees are not interested and most fruit is a result of pollination by beetles and flies, which are much less efficient than bees. Hand pollination is an option, but is labor intensive. However, it can be fun - and we will teach anyone who is interested how to do it.

Another solution is to introduce seedlings of a different pawpaw species. To this end, we will dig up and move small seedlings from the sloping lakeside patches. (If you’ve ever tried to dig up pawpaws it is challenging because the tap roots are so long!) We will then plant them in other patches.

Our ultimate goal is to offer pawpaw seedlings to Tuckerites who would love to have these unique fruit trees in their front yards. Then, who knows, maybe annual pawpaw festivals will be in our future...

on the other side of Henderson Park near where we have marked other pawpaws, and also among other patches we recently discovered at Johns Homestead. There were discovered with little effort, so we are convinced there are plenty of others we’ll find in other wooded areas around Tucker.

But that’s not all that’s growing in Tucker parks and woodlands. There are also native persimmons, mulberries, plums, berries of all shapes and sizes… all waiting for discovery… 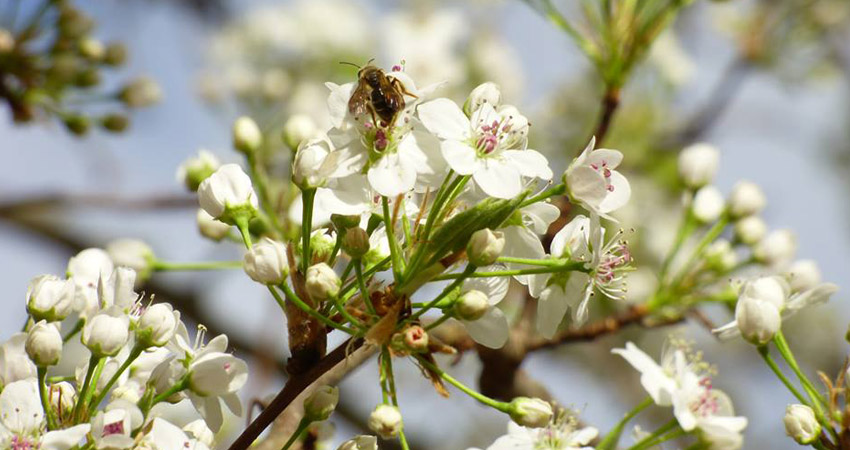